The first city-wide collaborative approach to addressing the climate emergency in Bristol has been published.

The new One City Climate Strategy was agreed today (26 February) by the Bristol Environmental Sustainability Board, which represents organisations across the city. It sets out a pathway of action on how Bristol can become carbon neutral and climate-resilient.

Building on the movement of Bristol organisations declaring a climate emergency, the strategy looks to accelerate and coordinate climate action in the next few years. The strategy sets out a shared vision for Bristol in 2030. It describes the challenges along with the opportunities for investment and job creation as Bristol moves towards clean energy and away from polluting fossil fuels within the city.

It is the first of its kind as it looks at the wider carbon footprints of residents and businesses caused by the things we buy from around the world and considers some of the ways to reduce this broader footprint. This means that every organisation and every resident in the city can contribute to climate action through changes in their everyday activities. The strategy also outlines some of the necessary actions to reduce emissions as well as actions to adapt to extreme weather events as a result of climate change, which are expected to increase in the future. Finally, the strategy recognises that to achieve these goals, Bristol needs action from the UK Government and the wider world.

The next steps are to align the plans and actions of organisations, like Bristol City Council, which can transform the way they operate at a local level and ask national government for necessary changes in laws, policies and finances. A new website is in development to help Bristol citizens, organisations and businesses to take effective action on climate change.

Marvin Rees, Mayor of Bristol and co-chair of the Environmental Sustainability Board, said:

“Bristol is an incredibly environmentally-conscious city which is reflected in the way we are leading the response to one of the most complex challenges humanity has ever faced. We are proud of the fact Bristol has inspired others to recognise the importance of the climate and ecological emergencies. We need our city to come together like never before and it’s encouraging that people from organisations across the city have made this approach a reality.

This strategy is an important step in the process because it shows that we need to make widespread and radical changes to the way Bristol and the UK operates. It shows what needs to happen nationally, regionally and locally for our 2030 carbon neutrality goal to be achieved, including changes to legislation, finances and infrastructure. But it also shows that we can use this change to create thousands of jobs and create a fairer and better city in the process.

We now need widespread collaboration to accelerate change. No single organisation alone is enough to drive the transformation that’s needed.  We must respond as a city – involving everyone in Bristol.”

Initial input was collected from public, private, voluntary and third sector organisations. The Environmental Sustainability Board is inviting people and organisations across the city to come together to work towards the goals of the strategy and share in the benefits.

The strategy has been developed with the help of leading Bristol-based and wider UK experts. It is based on findings from in-depth studies, which provide a robust evidence base. An independent advisory committee, the Bristol Advisory Committee on Climate Change (BACCC), reviewed the evidence base and the strategy. The committee is co-chaired by two of the city’s leading academic climate experts – Dr Joanna House, Research Lead for Global Environmental Change at the University of Bristol, Cabot Institute, and Professor James Longhurst, Assistant Vice Chancellor for Environment and Sustainability at the University of the West of England.

“BACCC welcomes the development of a One City Climate Strategy, which sets out an ambitious plan to try to achieve the goal of Bristol being carbon neutral and climate resilient by 2030.

The committee understands that decarbonisation and adapting to climate change will not be easy, and welcomes this important first step. In line with the requirements of a climate emergency, these reports have been developed rapidly and with limited resources, with the intention of catalysing urgent action. As such it provides a good evidence base from which to get started, whilst recognising that in some areas more evidence is needed, and this should be brought in to decision-making as it becomes available. The focus should now shift to developing the urgent next steps that are needed in areas like transport and heating.

The BACCC looks forward to continuing to work with local government and city partners and to advise on the development of the evidence base and delivery plans in order to help the city achieve its climate change ambitions.”

The strategy sets out the actions needed in 10 key areas, including travel, homes, food, shopping and waste activities, as well as the operations and supply chains of businesses and public services.  Across the 10 areas there will need to be skills, funding, national action, data, infrastructure and engagement available to enable the city to take action. In each area, the strategy features ambitious objectives on how to phase out the use of fossil fuels and improve the resilience of the city.  It creates a shared understanding of the actions needed to achieve them, based on comprehensive research.

“I’m proud to be a member of the Bristol Environmental Sustainability Board, a great example of partnership working between local organisations with a shared goal of achieving a carbon neutral Bristol by 2030.

We know that the negative effects of climate change have a detrimental impact on public health and well-being. Taking action towards carbon neutrality and greater climate resilience ties in perfectly with our commitment to provide exceptional healthcare to our community.

As one of the largest employers and healthcare providers in the South West, North Bristol NHS Trust has a brilliant opportunity to play a leading role in making Bristol one of the most sustainable cities in the country.”

To read the strategy, please go to the Bristol One City website.

The Environmental Sustainability Board is one of six One City boards which will drive and lead delivery on the goals set out in the One City Plan.  It was formed in June 2019 and includes representatives from organisations including Bristol City Council, the NHS, universities, businesses and voluntary sector organisations.

Bristol Advisory Committee on Climate Change
The committee provides independent technical advice on achieving a carbon-neutral city to all One City boards. It is co-chaired by Dr Joanna House, Research Lead for Global Environmental Change, University of Bristol, Cabot Institute and Professor James Longhurst, Assistant Vice Chancellor Environment and Sustainability, the University of the West of England, Bristol. It was formed in October 2019. More information on the committee can be found at the One City website.

One City Plan
The One City Plan sets out where city partners want Bristol to be by 2050, and they will work together to create a fair, healthy and sustainable city. The One City Plan has a vision for each decade and goals which fall under six priority themes; Health and Well-being, Economy, Homes and Communities, Environment, Learning and Skills, and Connectivity.

Organisations in Bristol that have declared a climate emergency: 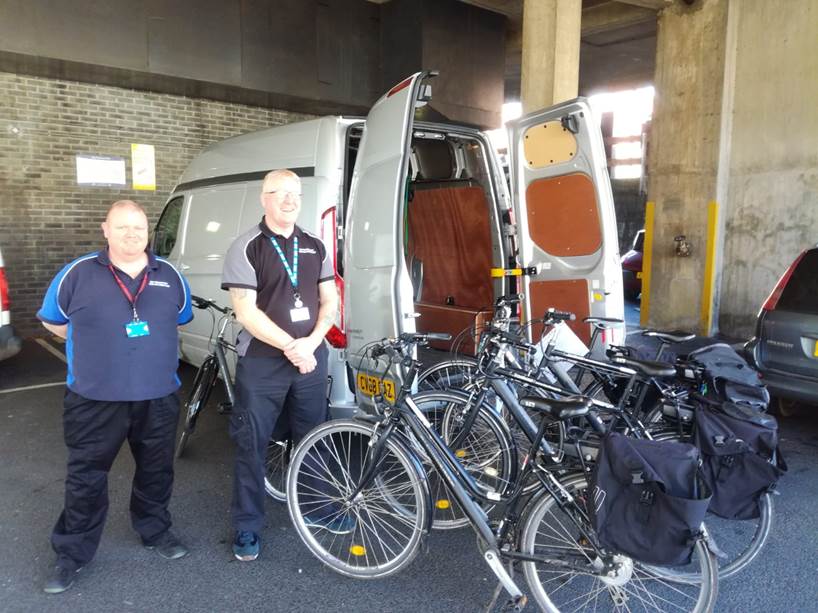